Some think ghosts are only born of strong emotion, that it takes an extreme of love or hatred or rage to keep a spirit tethered to the world. Without such a feeling, they say, those who die just fade away, as they’re supposed to.

This is not really true. Spirits are their own thing, and lack of care or attention to them will not diminish them. It will only diminish the living, who need to listen to what their ghosts tell them. At least, that’s what I believe, and in our town, most people shared my convictions.

Which was a good thing for us. My sister Katharina and I were mediums, you see. We held seances in our parlour, drawing out the spirits that surrounded us and spilling their secrets to the living and the grieving. Spirits, as I said, are their own thing, and most of them prefer the comfort of the dark, cold months, sheltered in the quiet autumn or the dead of winter.  Our clear, golden, northern summer nights gave them nowhere to hide. Instead, we waited for the first frosts, for the mist they called witchsmoke to start rising from the ground. The ghosts could better sneak into the room when the fire was lit, coming in through the chimney and hiding in showers of sparks or curls of smoke.

We relished the chill of mist outside, the silent snow piling up on the windowsill. If the moon was out to cast us an atmosphere, that was good. If the night was stormy, that was even better. Those were the times that could best enthrall an audience, so those were the times we made our best living…

The cathedral is there, in the middle of town, but to get there is no easy matter. To get there, you have to follow winding streets, cross narrow bridges and duck under low arches, and even if you follow the way you might not find the door.

But if you do, and if you go in, you will feel the breath of angels, so they say. That heavy, immense stillness, that unutterable sense of peace that pervades the bones of you—that’s how you know the angels are there with you. So they say. That’s why the vaulting is so impossibly high, to give the angels a comfortable space to rest.

But all I can see up there are shadows, fuzzy black absences of light, like masses of fine threads drifting and settling, and I don’t know whether angels can live in shadow…

I knew the story of how the icy island came to be.

The tale went that the oldest, largest dragon in the world finally grew so tired of flying through the heavens, scorching the world, that he settled down in the deep waters of the northern ocean, curled up and fell asleep. Without his fiery presence in the world, the earth cooled down enough to let plants and animals flourish, and snow and ice were able to form at last. Gradually, the snow fell and gathered on the dragon’s body, forming sparkling blue glaciers in between the craggy mountain ridges of his scales, settling on the flat plains of his flanks and round the dimples in his tail, and he formed an island.

People approached, cautiously, after thousands of years, and began to live and raise animals on his body. They had forgotten the signs, you see, the signs that he was still merely sleeping, not dead; that there was fire still in his belly. For this wasn’t just a land of snow and ice, but of fire and ash, too. The volcanoes they loved to watch, the hot springs they loved to bathe in, these were the dragon’s breath and spirit. But the people enjoyed them without thinking. They lived and loved on the black sand beaches that had formed as his breath condensed in the air. And the dragon slept on underneath them, oblivious. For now.

The shore by the castle near my home town was sandy and calm. Foreign white pebbles gleamed in the sun, shining on the black sands. Fisher birds pecked and rustled on the beach. Rock pools rippled quietly in the soft breeze. Minuscule shells curled up, nestled among grains of quartz, feldspar and mica. Under the beach, though, slept the bones of ancient lizards. Curled in on themselves, huge and contorted, the remains of the closest thing the world had ever had to real dragons. They weren’t the country-sized beasts of legends, of course; they were as big as ships, perhaps, with all the variations that suggests.

I first heard rumours of the fossils decades before I ever saw the beach under the castle. The story went that every so often, every decade or two, a storm violent enough to boil the sea would upheave the beach, displacing all the sand and pebbles and exposing some of the bones of the leviathans beneath. They’d be shown to the world for a brief time, but the wind and sands would always cover them back up before the local people could take too many… 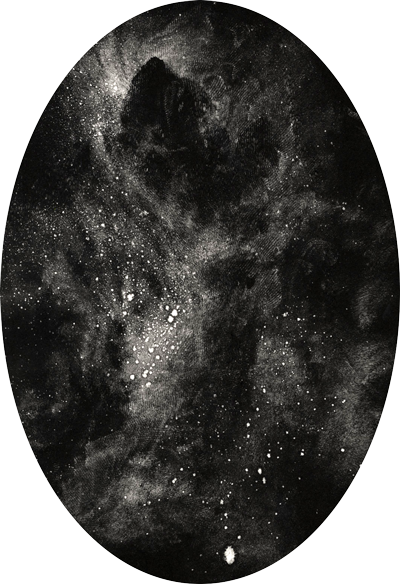